As part of various improvements to their Edwardian house in Burnside, Glasgow, our client seeks to remove a number of poor quality extensions and replace these with a modern rear / side extension and side garage.

The new extension will provide well insulated and well-lit contemporary spaces that are better proportioned to the ‘grand spaces’ found in the old sandstone house. The extension incorporates a new entrance facing the street to resolve its current obscurity on the side of the house, as well as a new side garage set back off the frontage of the house. A new kitchen living area will open up on the rear garden through large glazed doors and above a new fourth bedroom + bathroom can be accessed from the existing stair half landing.

We have sought to create an extension which will have a distinct character ‘of its time’ with modern elements incorporated which contrast against the original sandstone house.  Finishes include, ashlar blonde sandstone to the porch frontage and a white render system with areas of charred timber cladding to the side and rear. It is intended the black and white finishes will contrast and reinforce the modern language of the new extension against the old sandstone walls. 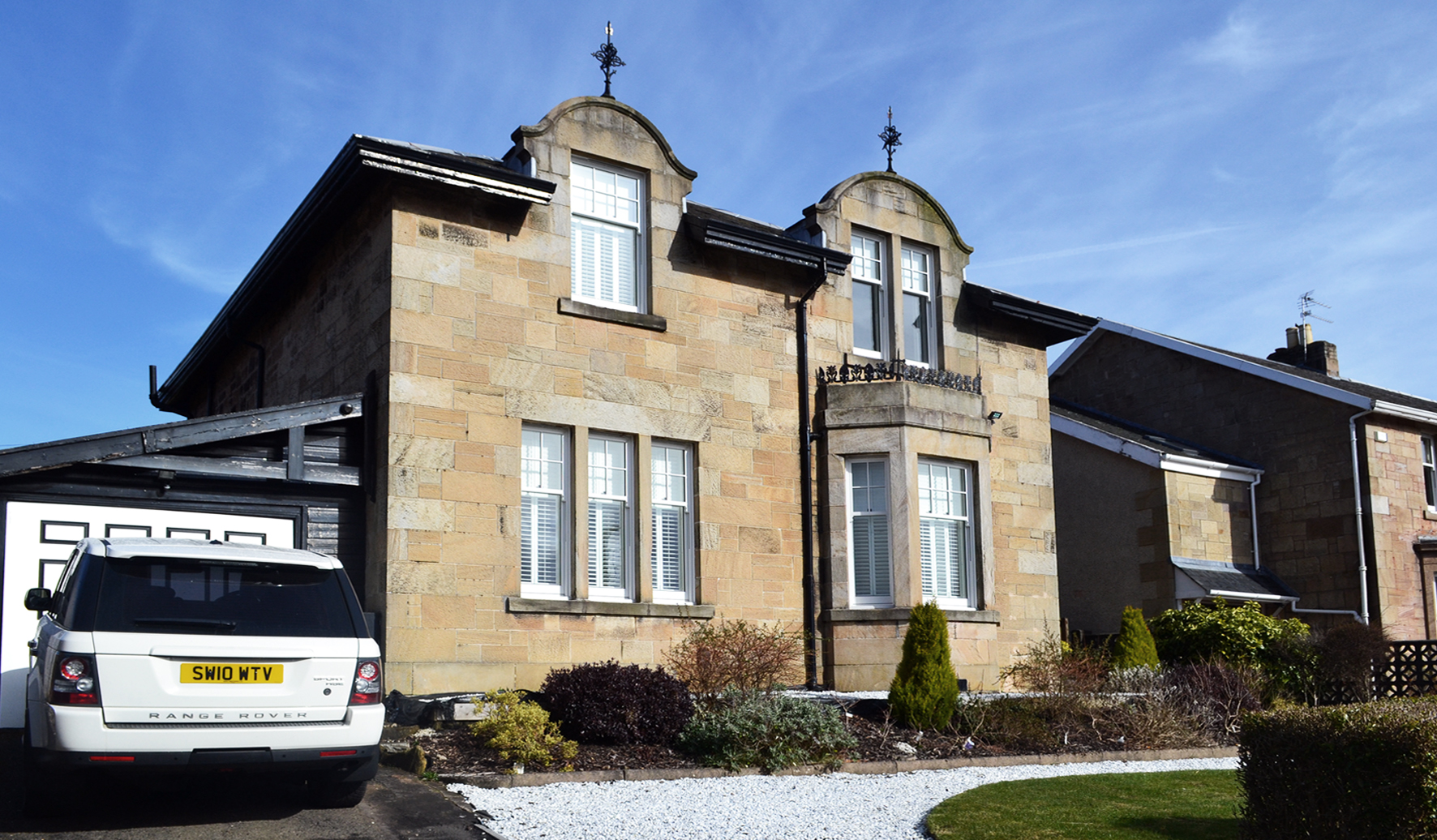 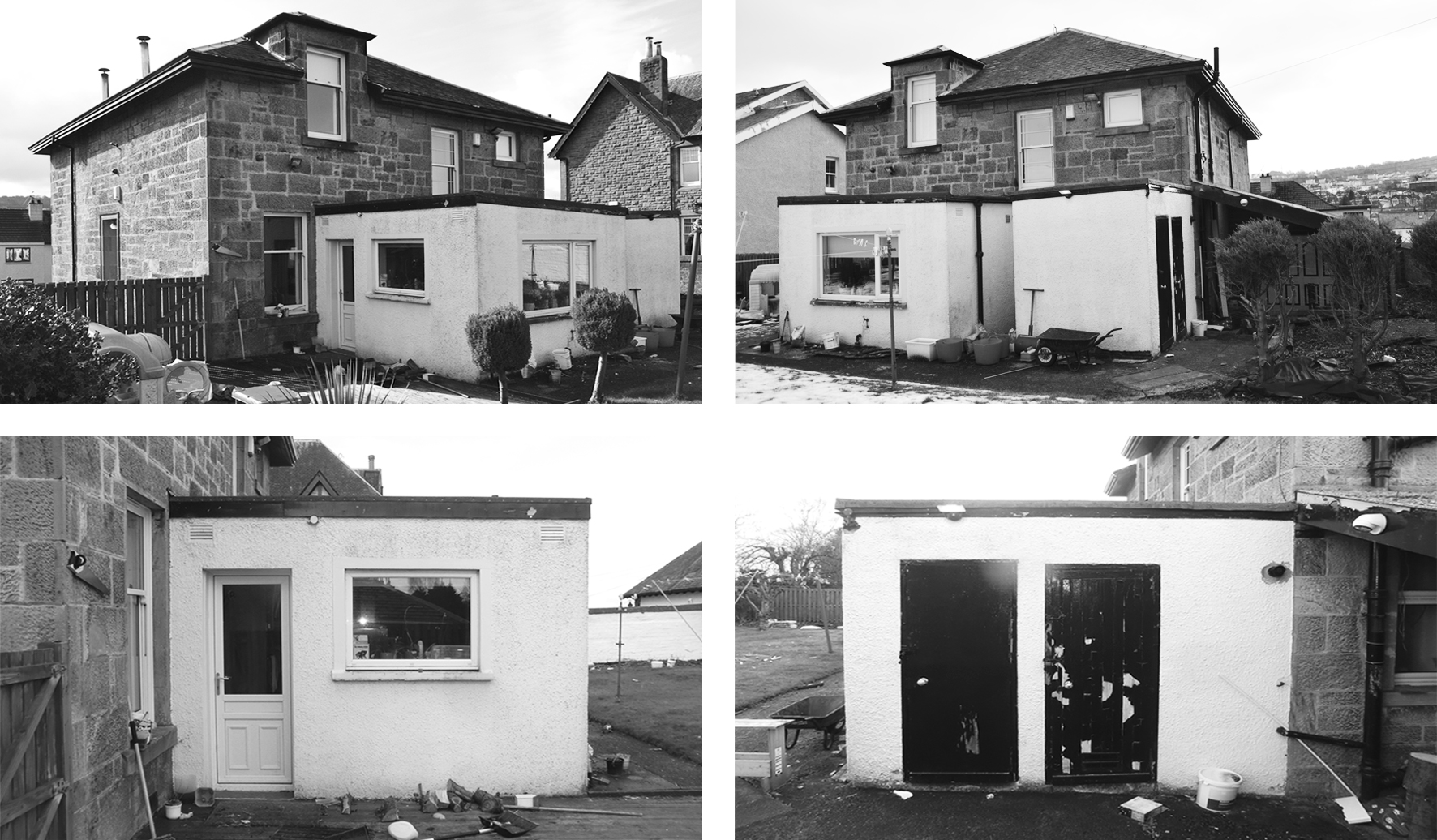 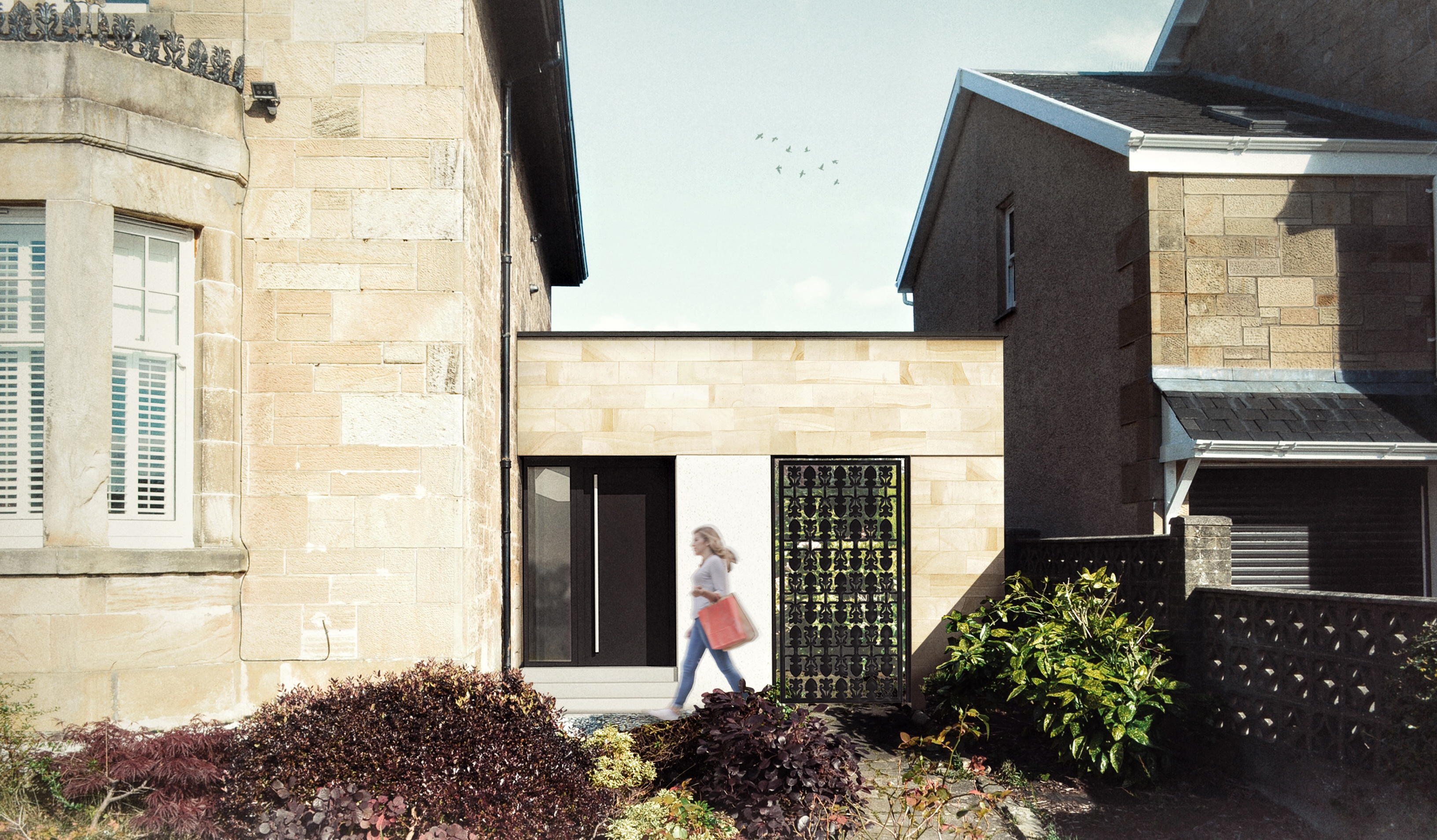 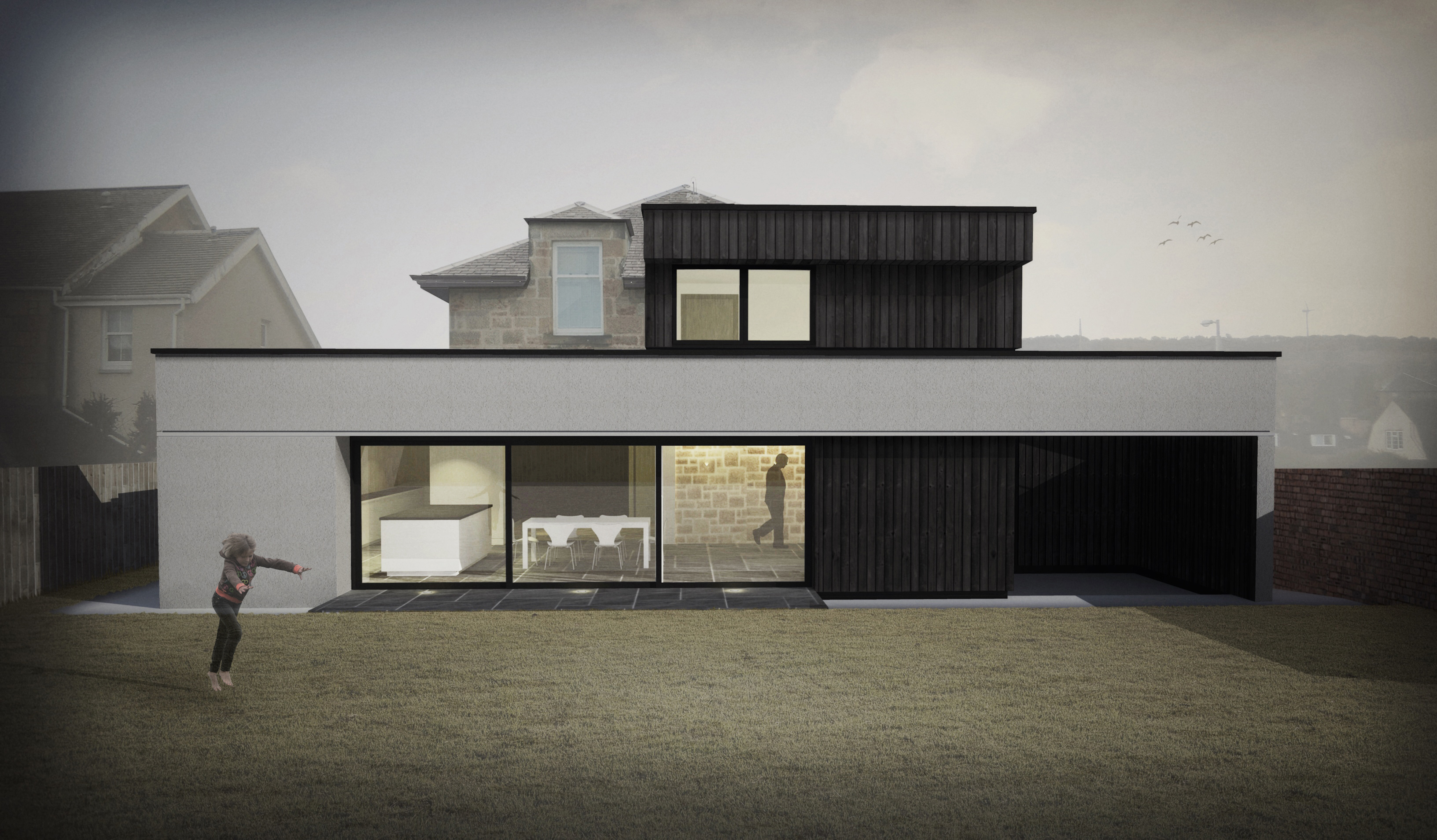 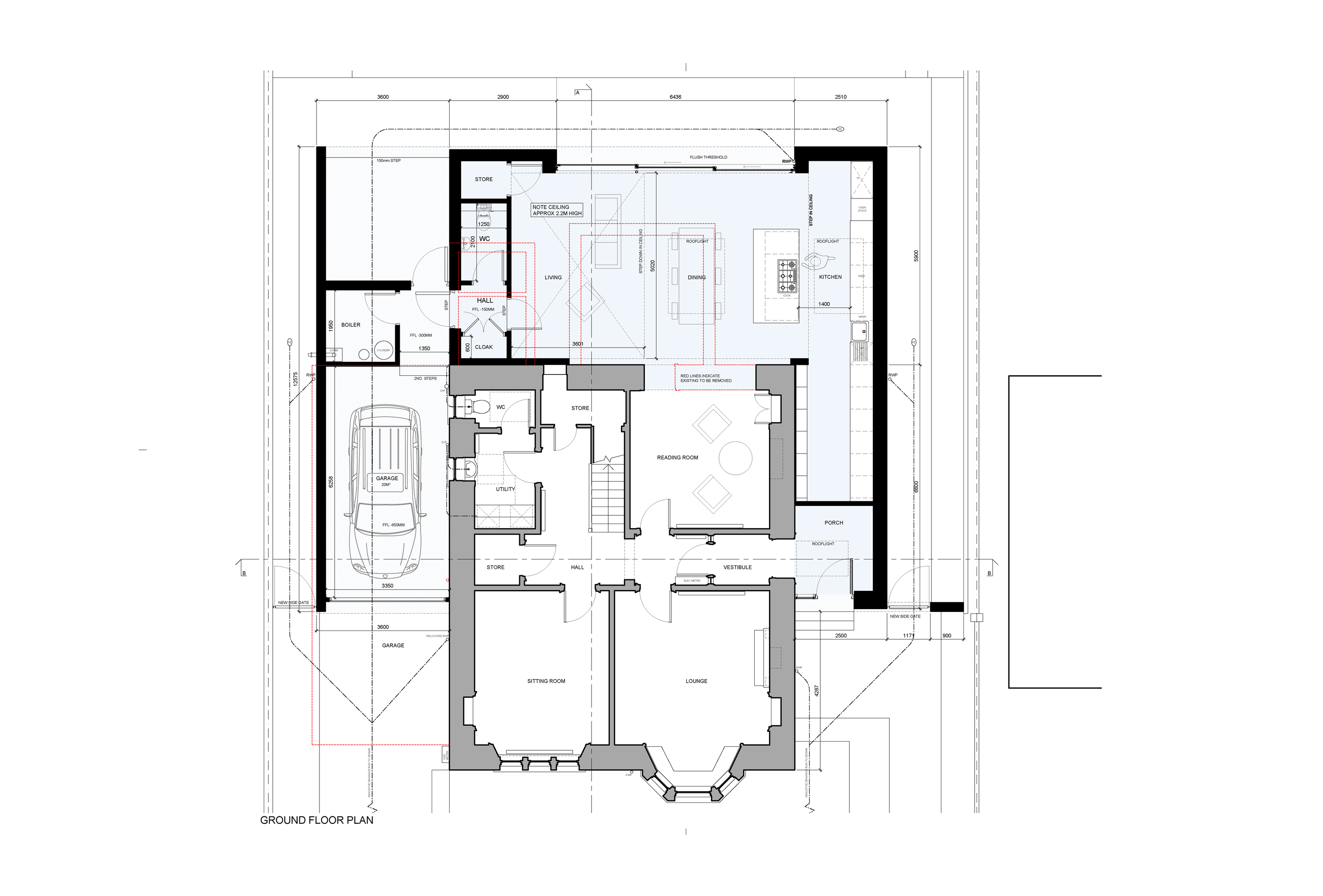 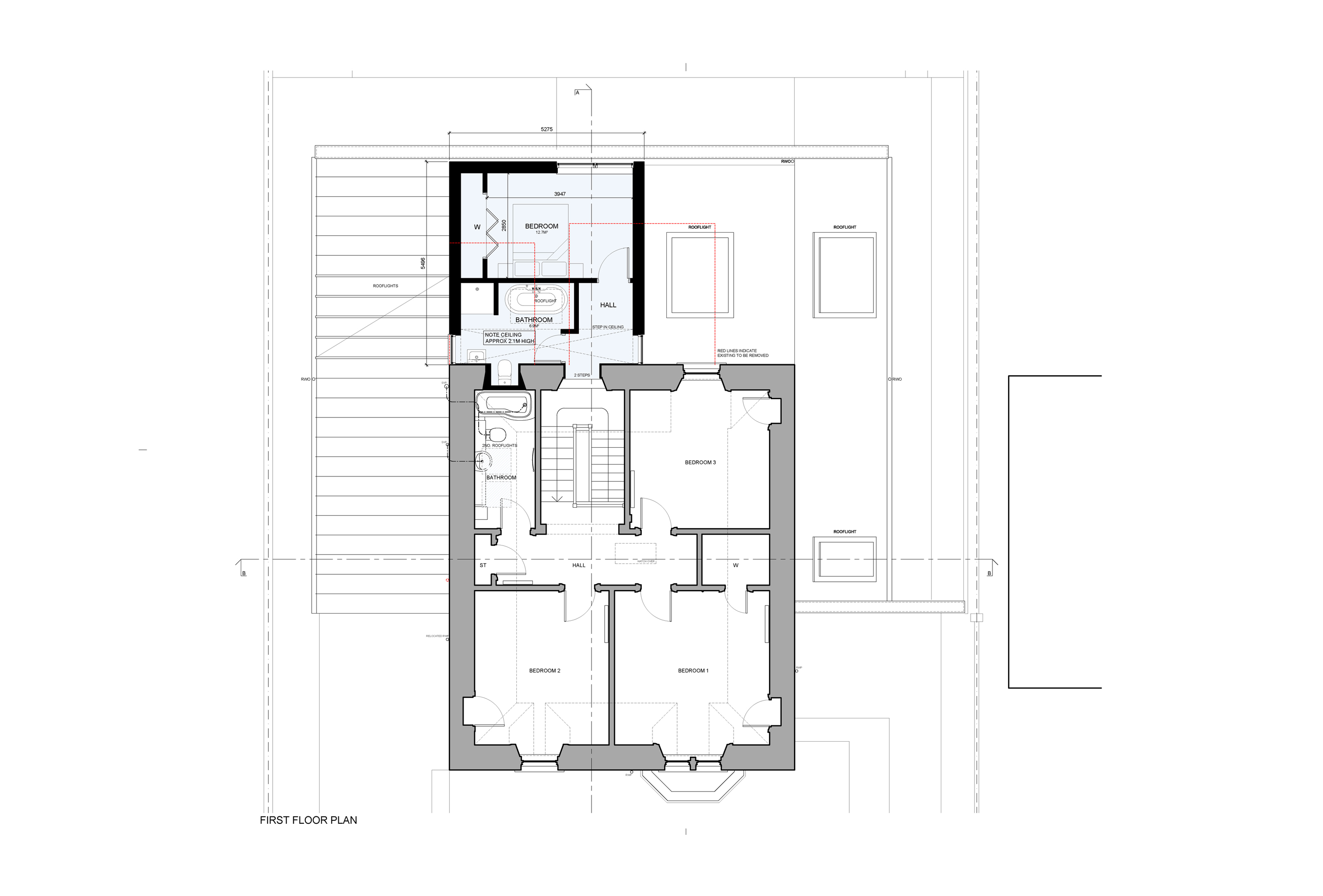 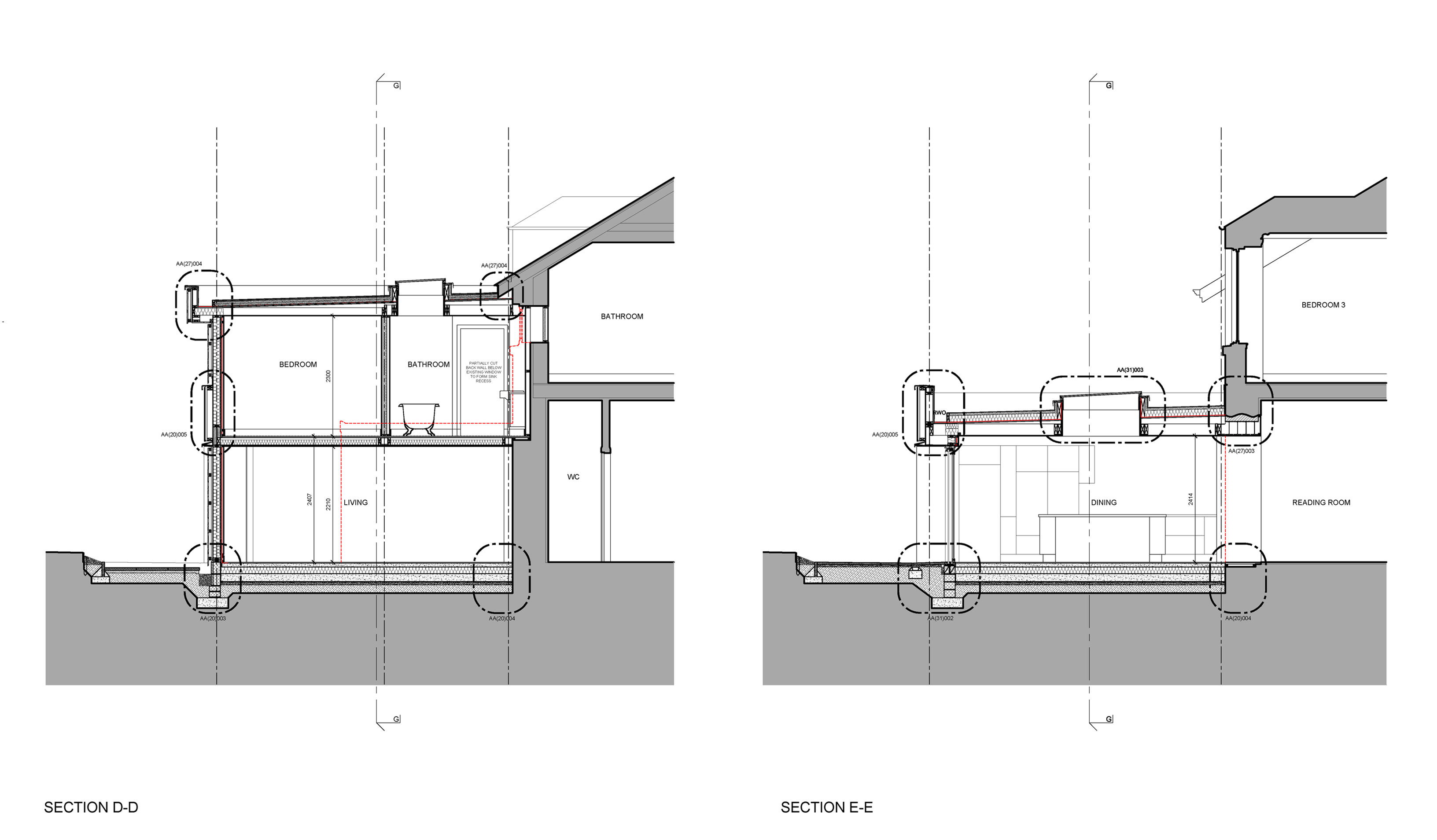 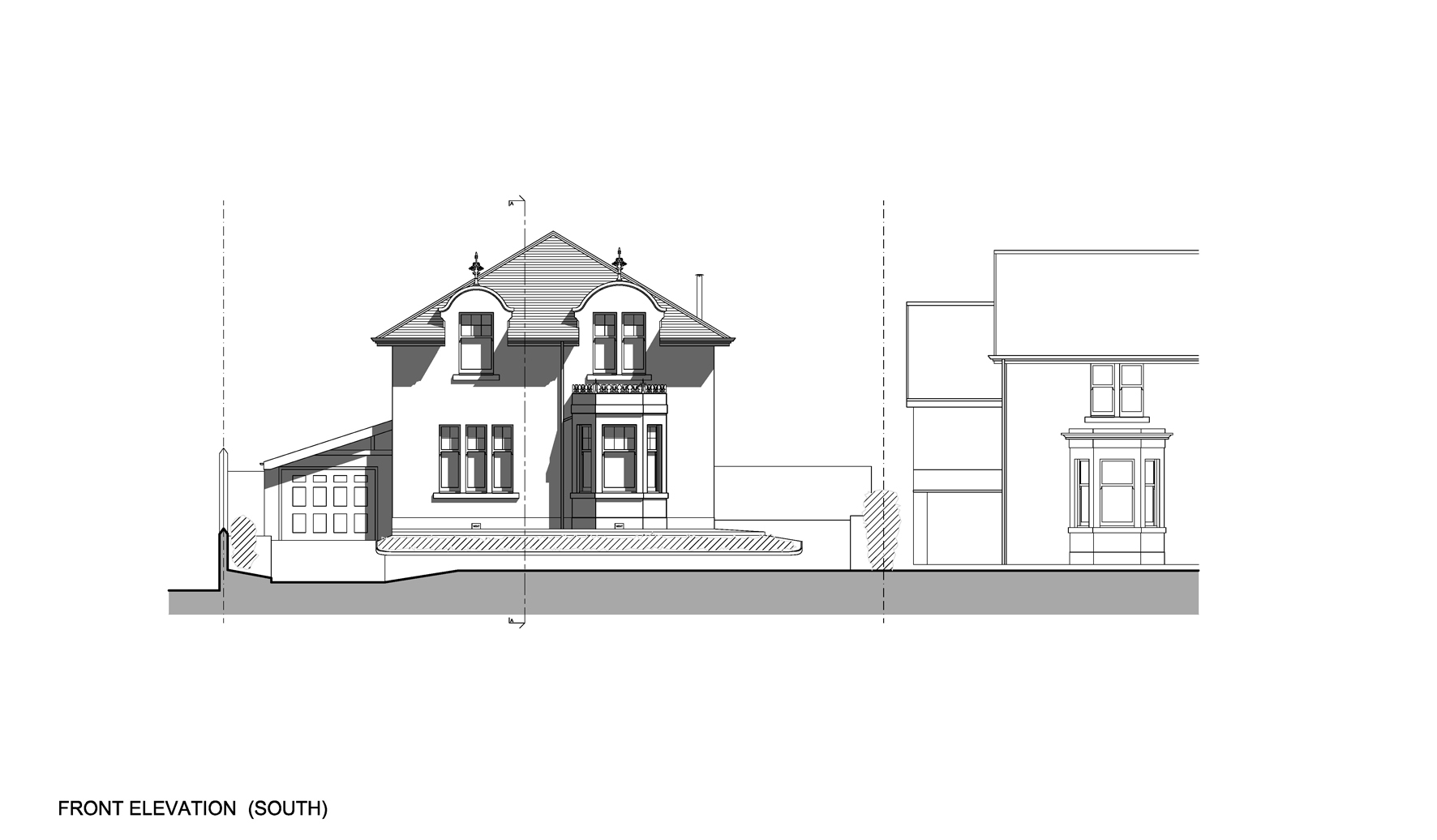 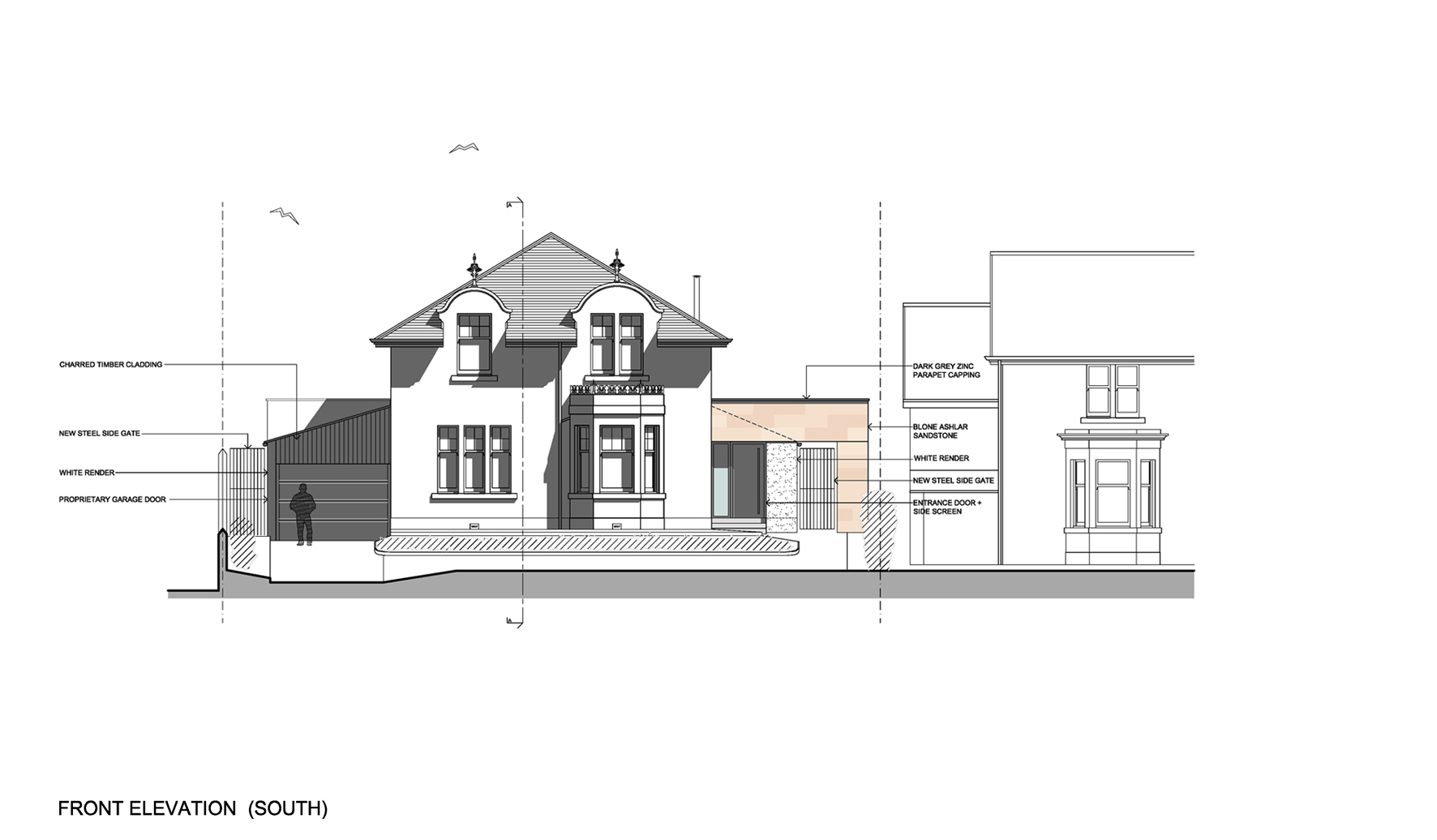 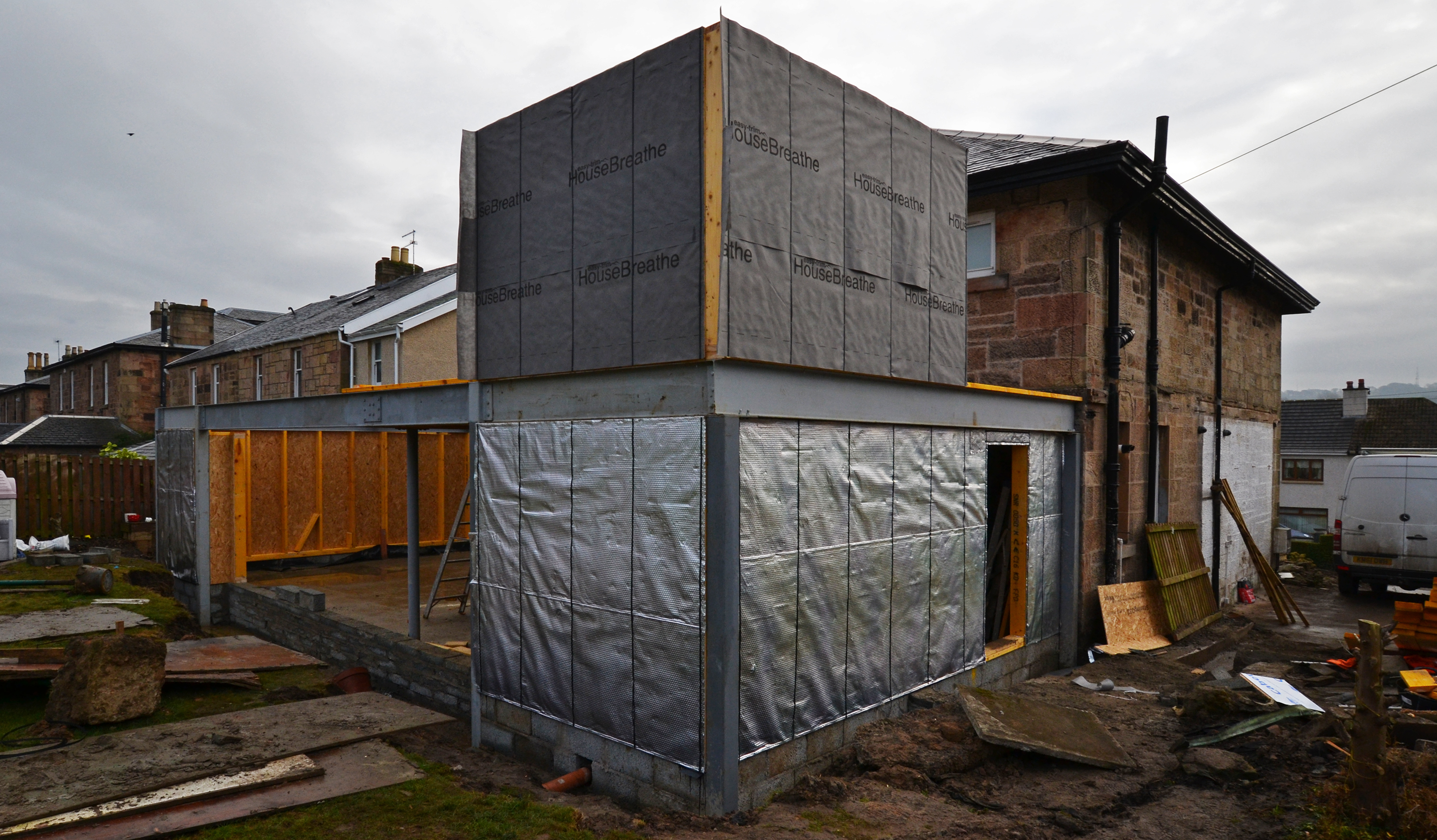 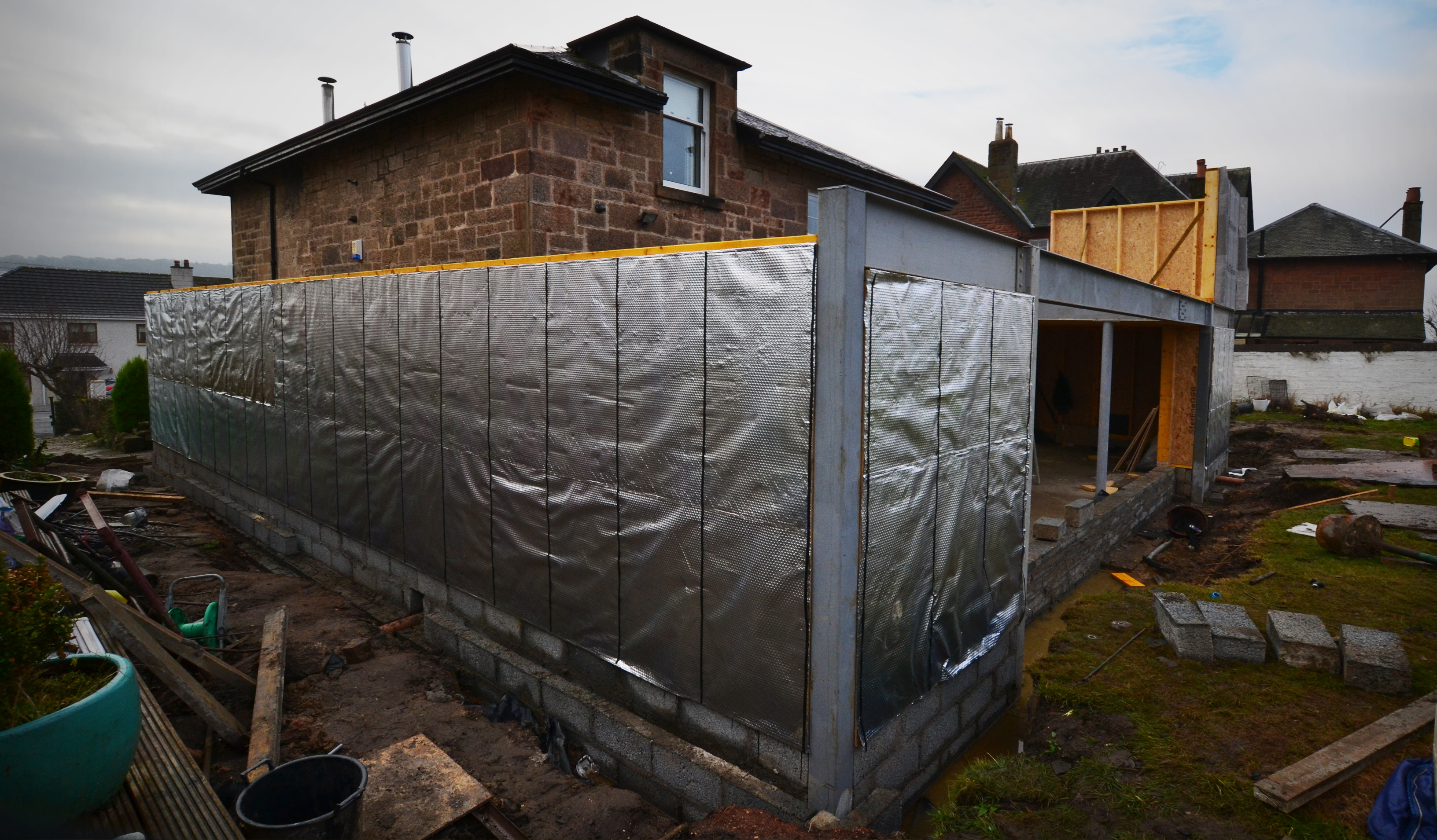 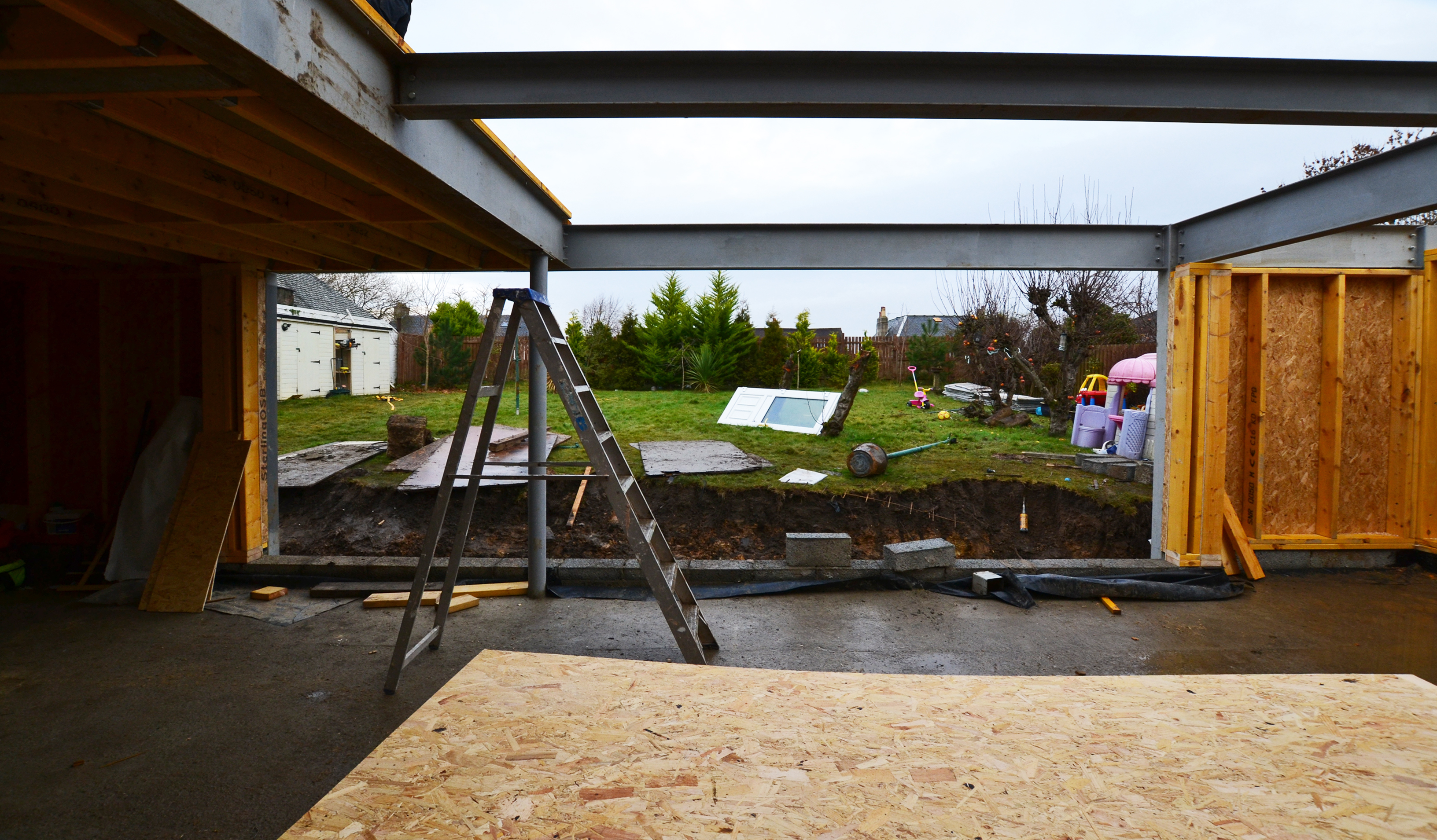 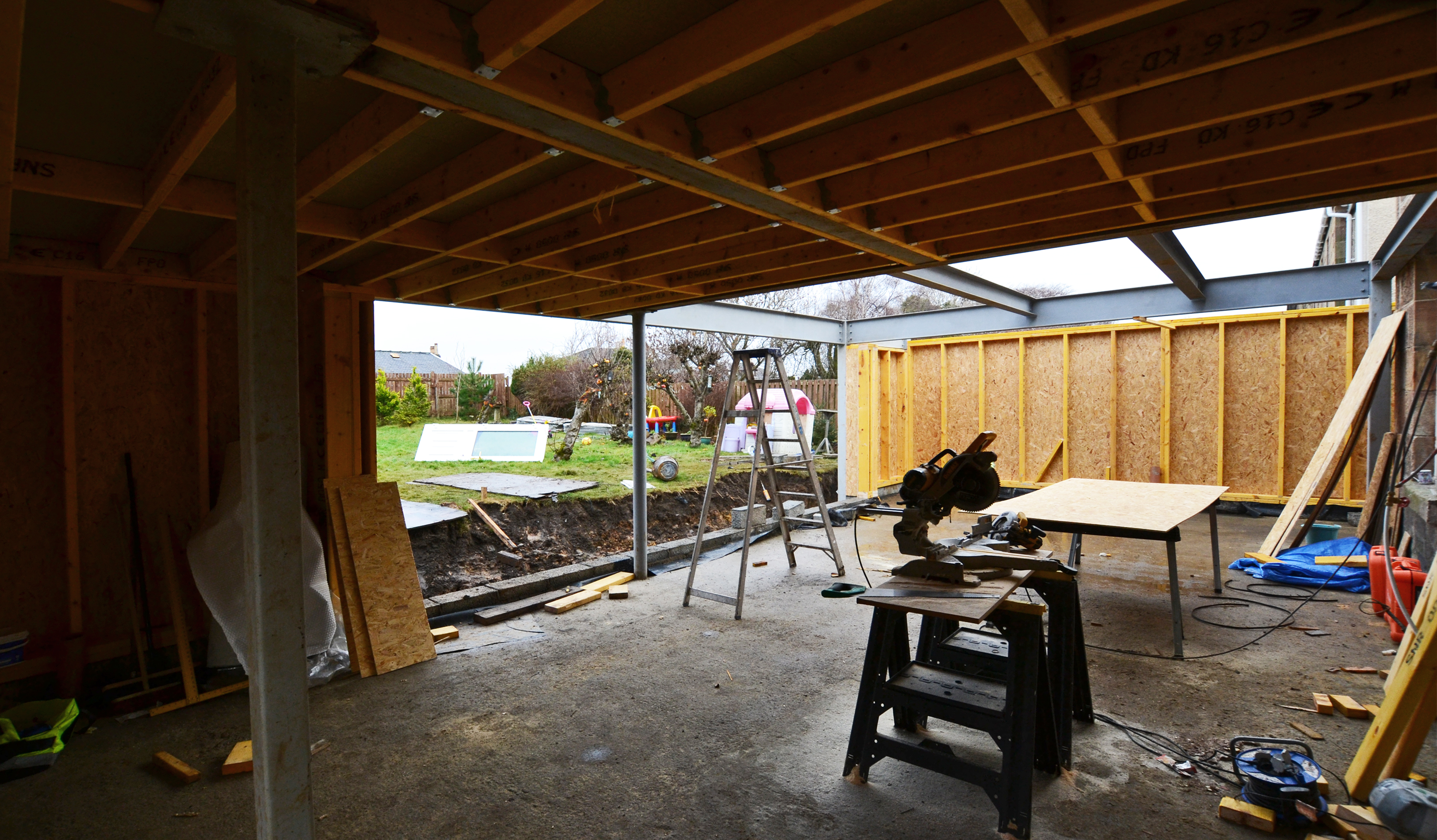 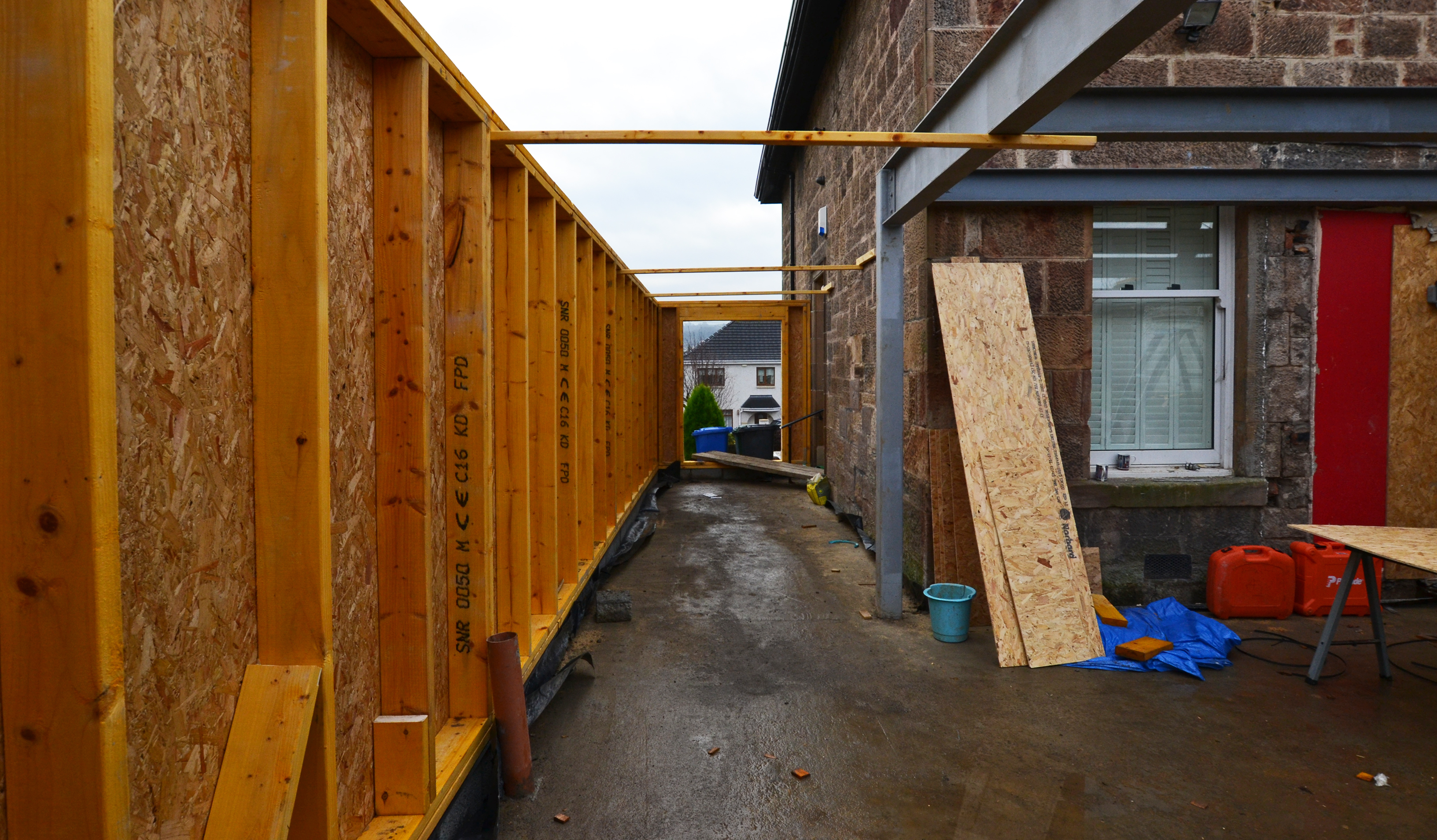 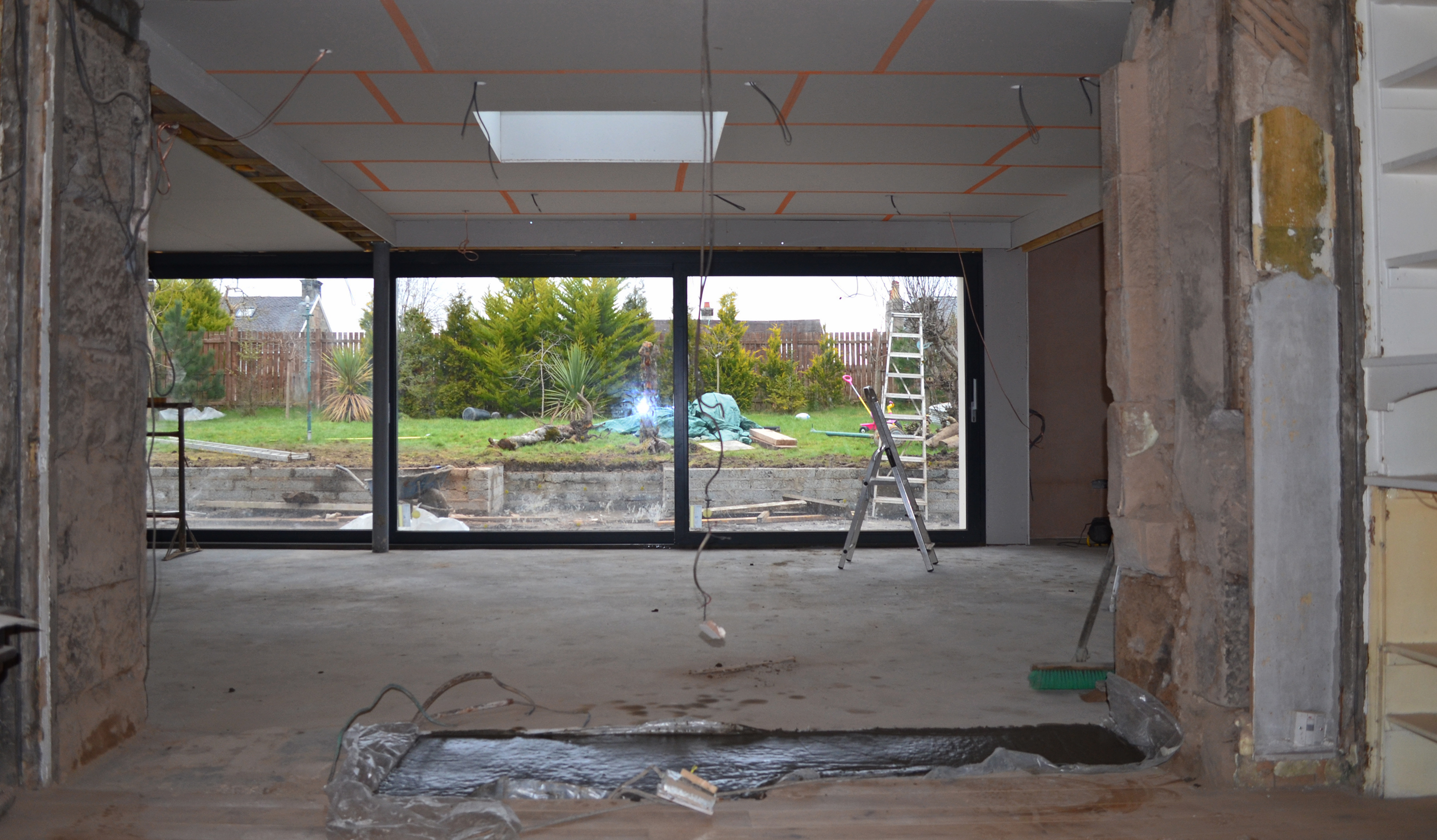