We converted former police cells within a small Edwardian lean-to situated on the end of a traditional row of brick miner’s cottages in Newtongrange near Edinburgh.

Our brief was to create a compact single bed home contained within the existing building. The small and narrow footprint has required us to think creatively about making the best use of the very limited space. The old boiler shed was demolished to create a new side entrance, thus allowing you to arrive centrally into the new layout with a bedroom located at the front and a kitchen / living area to the rear connecting to the garden.

The external appearance and detailing of the old cells is largely preserved, including the small bared windows, however to allow daylight into the relatively dark interior we have designed two new wall openings and new roof lights over the living area. The new openings have projecting pre-cast concrete surrounds that give the new openings their own identity contrasting against the old brickwork. 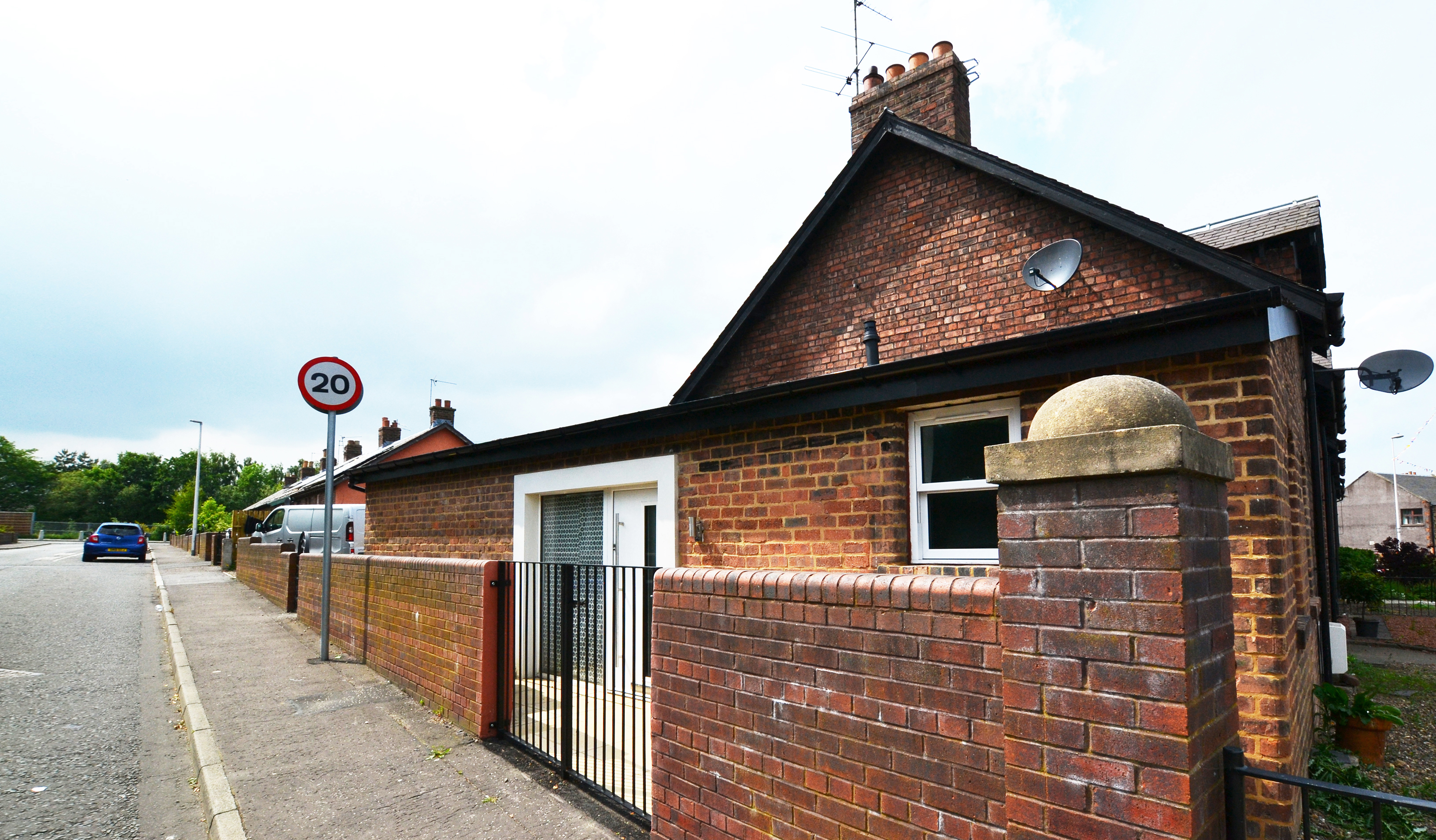 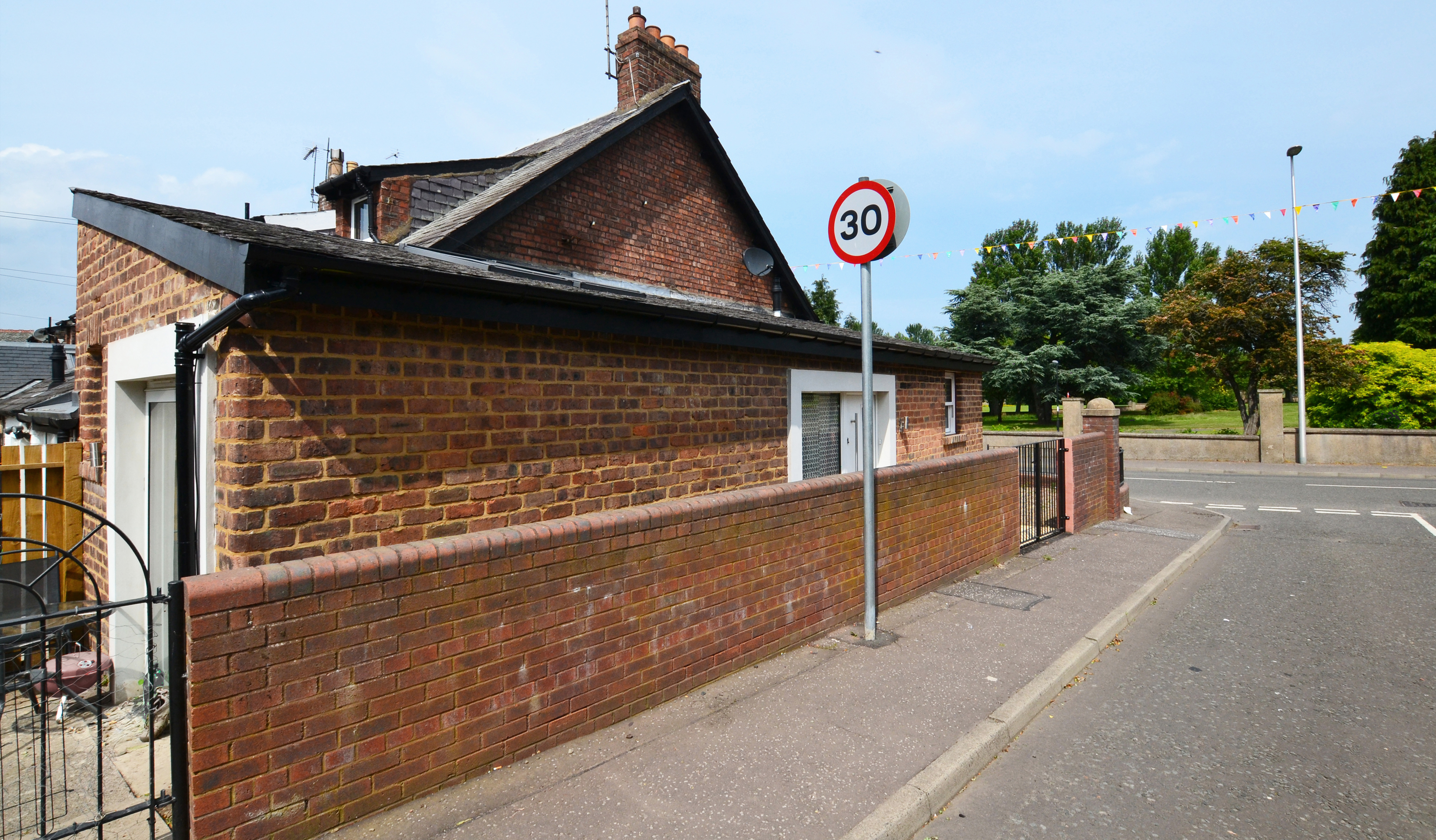 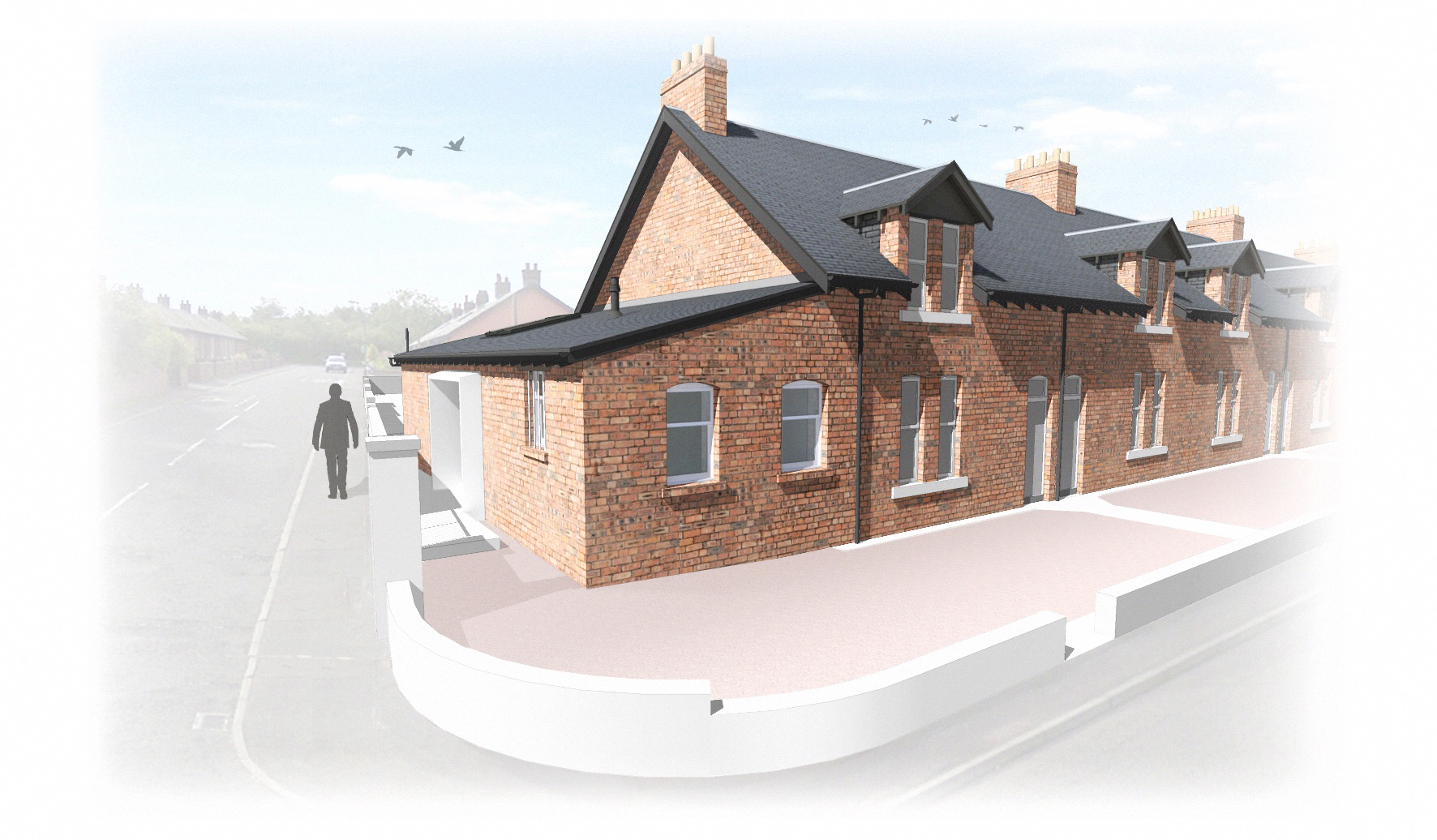 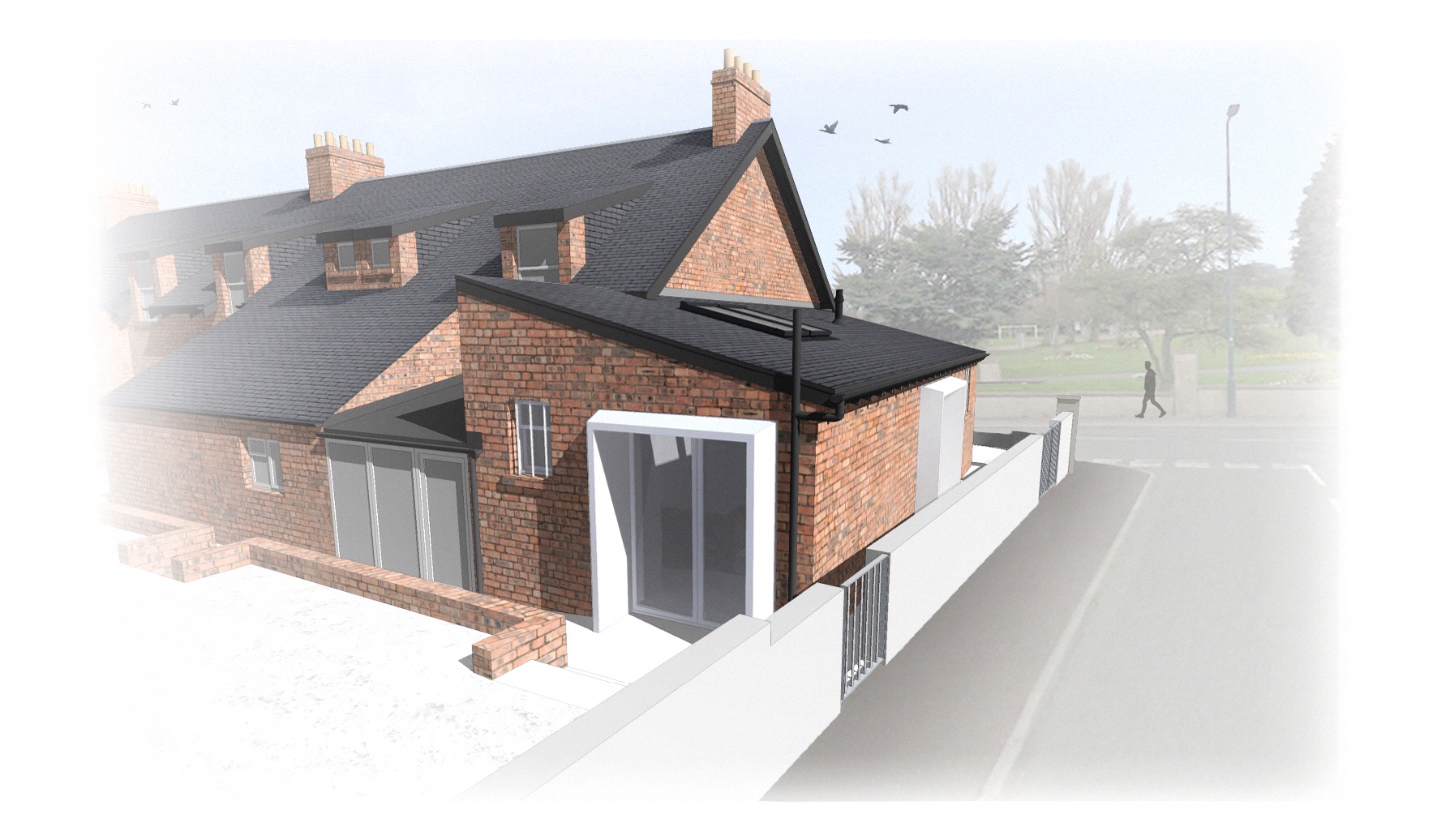 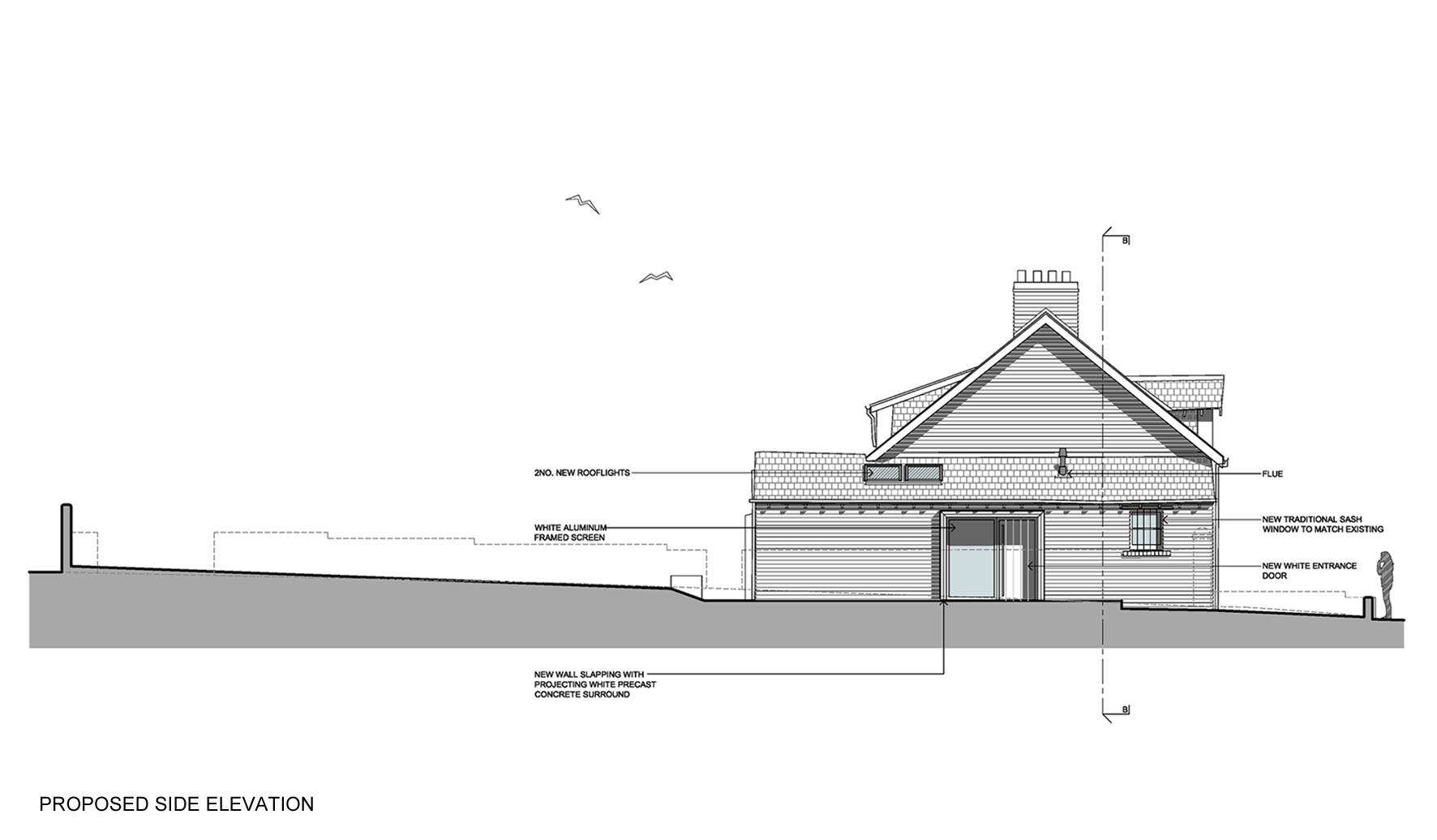 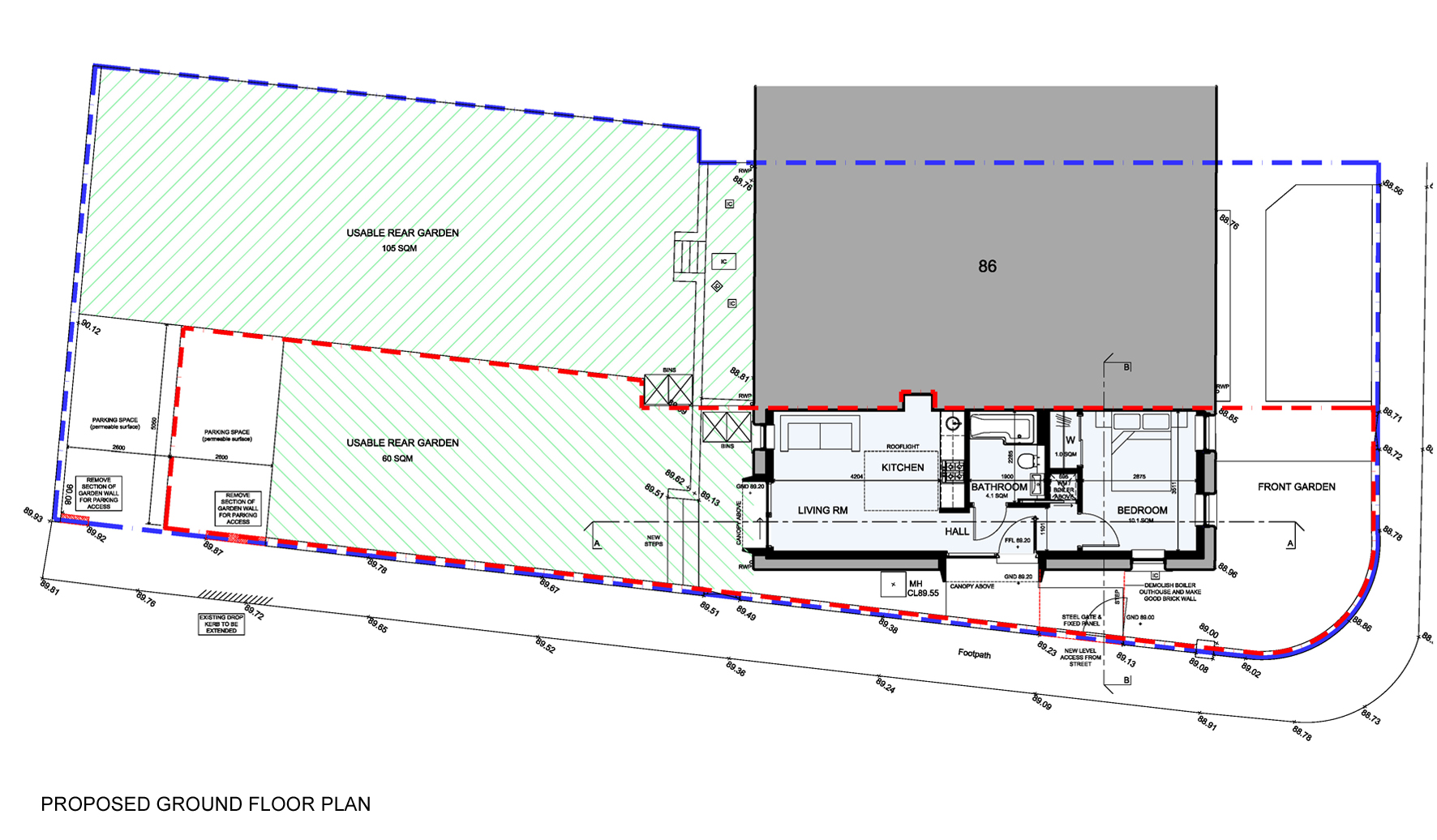 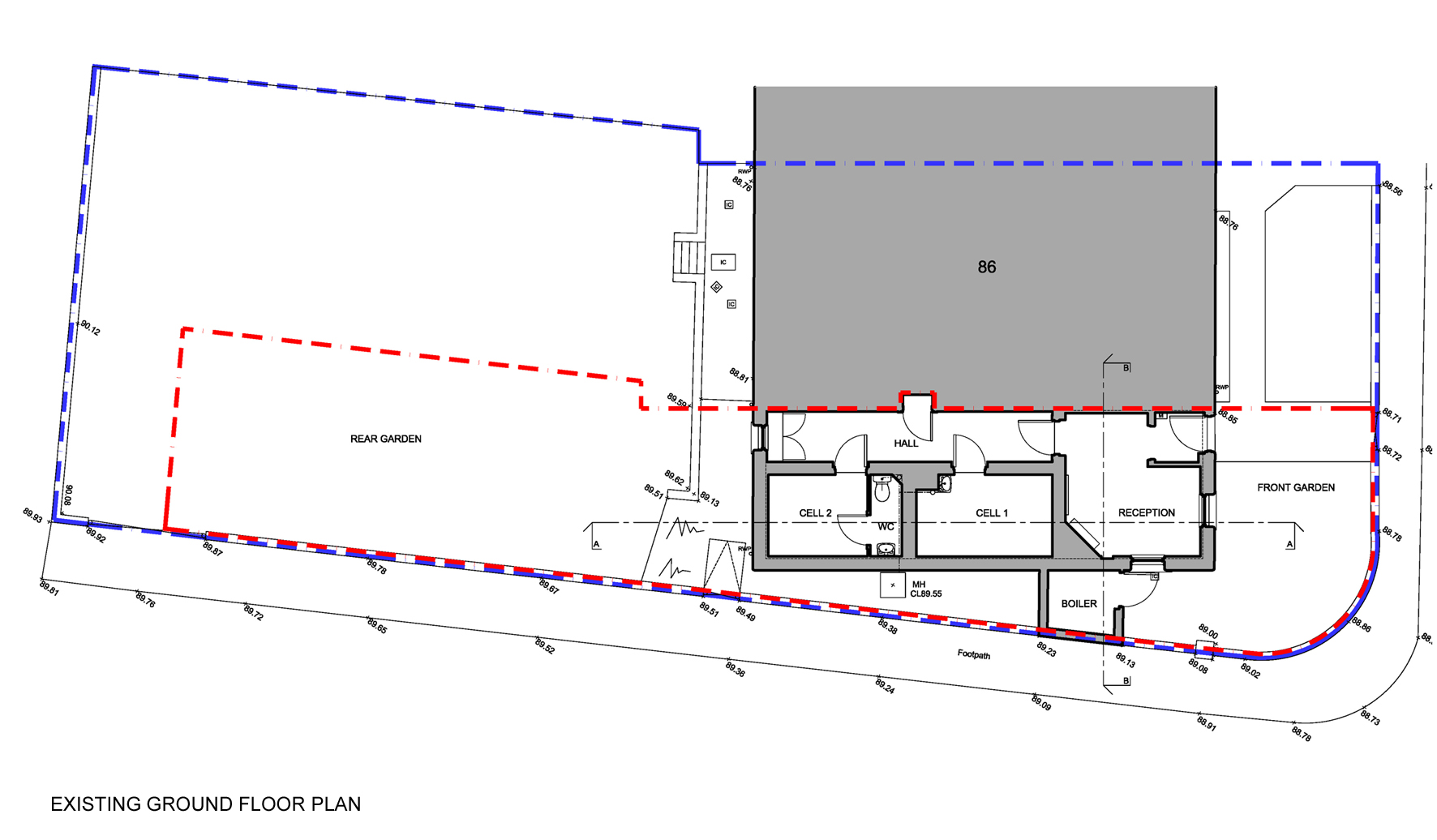 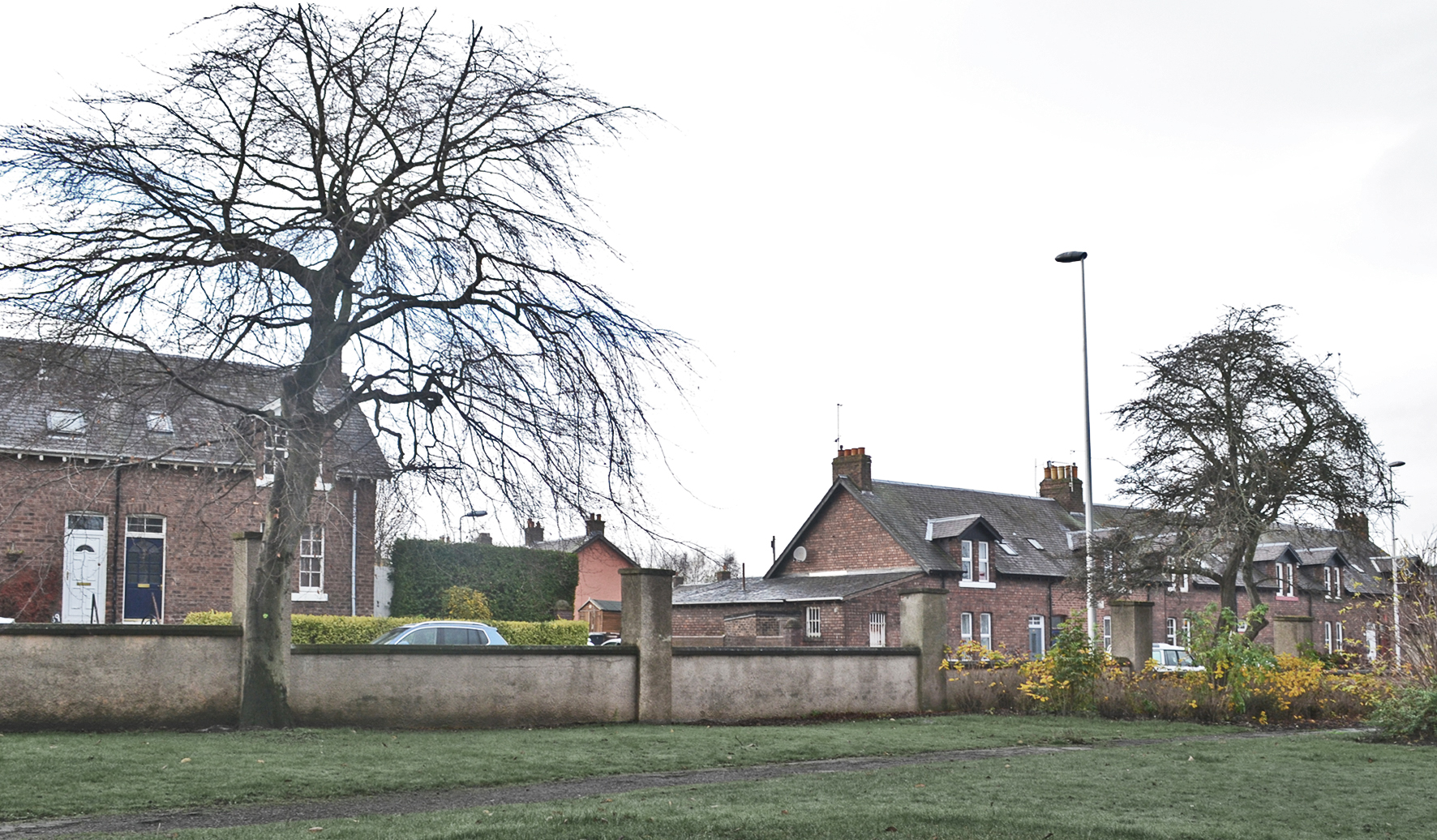